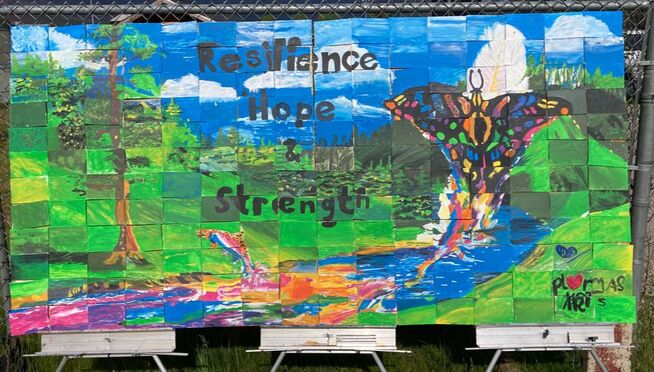 The community mural project was the brain child of Plumas Arts Events Coordinator Jennifer Ready, who had completed similar projects at youth leadership conferences. After the Dixie Fire, Plumas Arts wanted a piece that represented the strength, hope, and resilience of our communities here in Plumas County.  Jennifer envisioned a project that everyone had a hand in creating.

​Plumas Arts commissioned local muralist Trixie Hollyhox (aka Tina Thorman) to design our collaborative mural and help break the piece into about 200 separate pieces. Each person was given a small canvas board to paint with a specific design, which then got added to the mural board to create one large piece. The image begins to emerge as each of the painter's pieces were assembled together.

The mural was worked on at two separate Plumas Arts events. The first event in October 2021 in Quincy celebrating Plumas Arts' 40th Anniversary, and the second event, originally scheduled for mid-October 2021, but rescheduled for May 15 2022- Music on the Green in Greenville.

​The collaborative- community mural  project shows how strong we are, TOGETHER, and brought hope and togetherness through art to communities devastated by the Dixie Fire.

The mural will be displayed at Evergreen Market in Greenville for several months starting in June. From there, the mural will move to several places around the county. Check back in for future locations.

A big THANK YOU to Hollyhox Painting for helping with this collaborative effort. 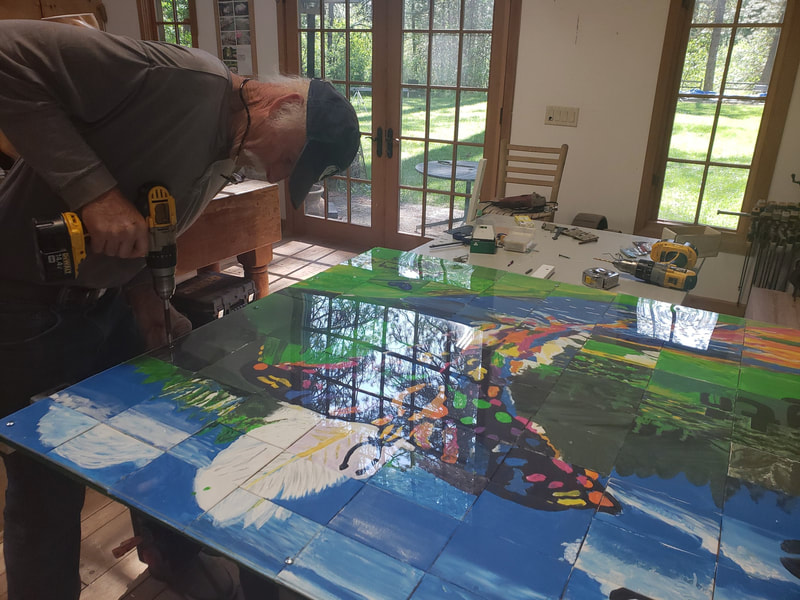 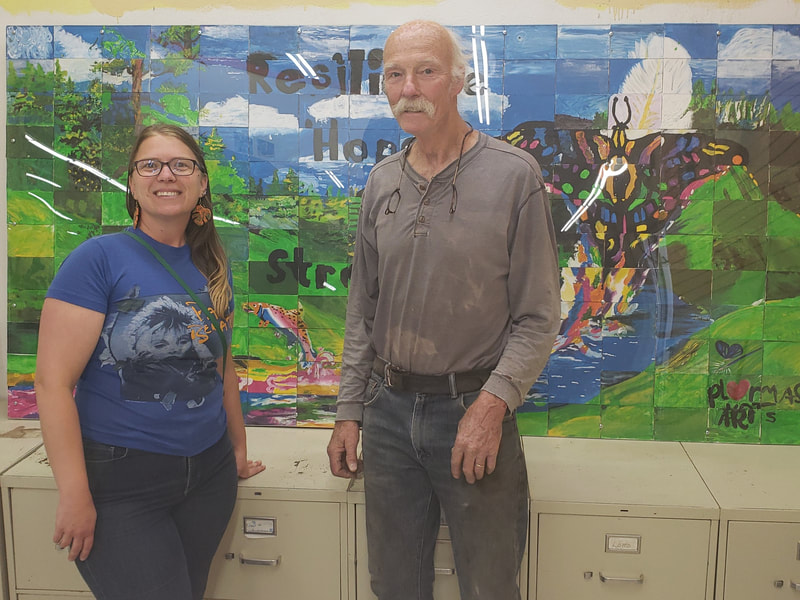 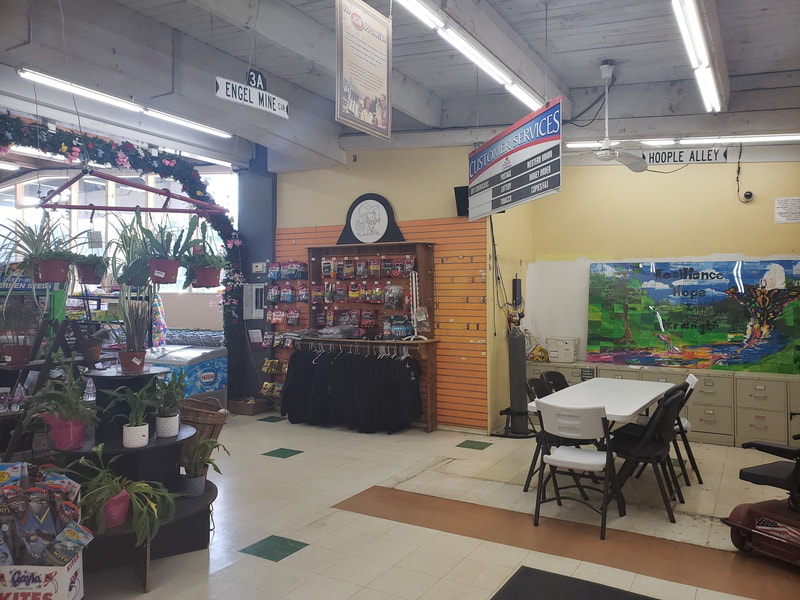 The mural is up at Evergreen Market in Greenville for several months, starting May 30, 2022. We couldn't have made this happen without the help of carpenter Brad Smith of Greenville. Brad helped Plumas Arts join the two halves of the mural and affix the plexiglass to the mural to keep it protected as it moves around the county.

After Evergreen Market, you'll be able to find the mural at Gigi's Market in Crescent Mills.